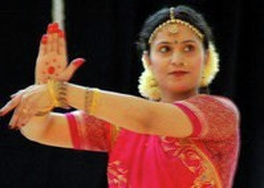 She continued her learning from Prayag Sangeet Samiti and continued further by joining Performing Arts  Faculty of Banaras Hindu University, under the supervision of Guru. Ranjana Srivastava.


Jaya Sharma is the winner of many awards through out her dance career.

Jaya Sharma won 1st place in Classical Dance Competition organized by Western Railways in 1997.  Later, she won the 1st prize in  Zonal Youth Festival, 1992 representing Banaras Hindu University (BHU). She is also the All India topper in Home Science from CBSE board.

For Jaya, learning never stopped. There were many stage performances for Kathak compositions, including Thumari & Tarana. She performed a few of Stage Solo since the age of 7 yr. on various Rajasthani, Hori, Krishna Leela, Makhan-chori, semi-classical compositions and performed in folk dances as well.